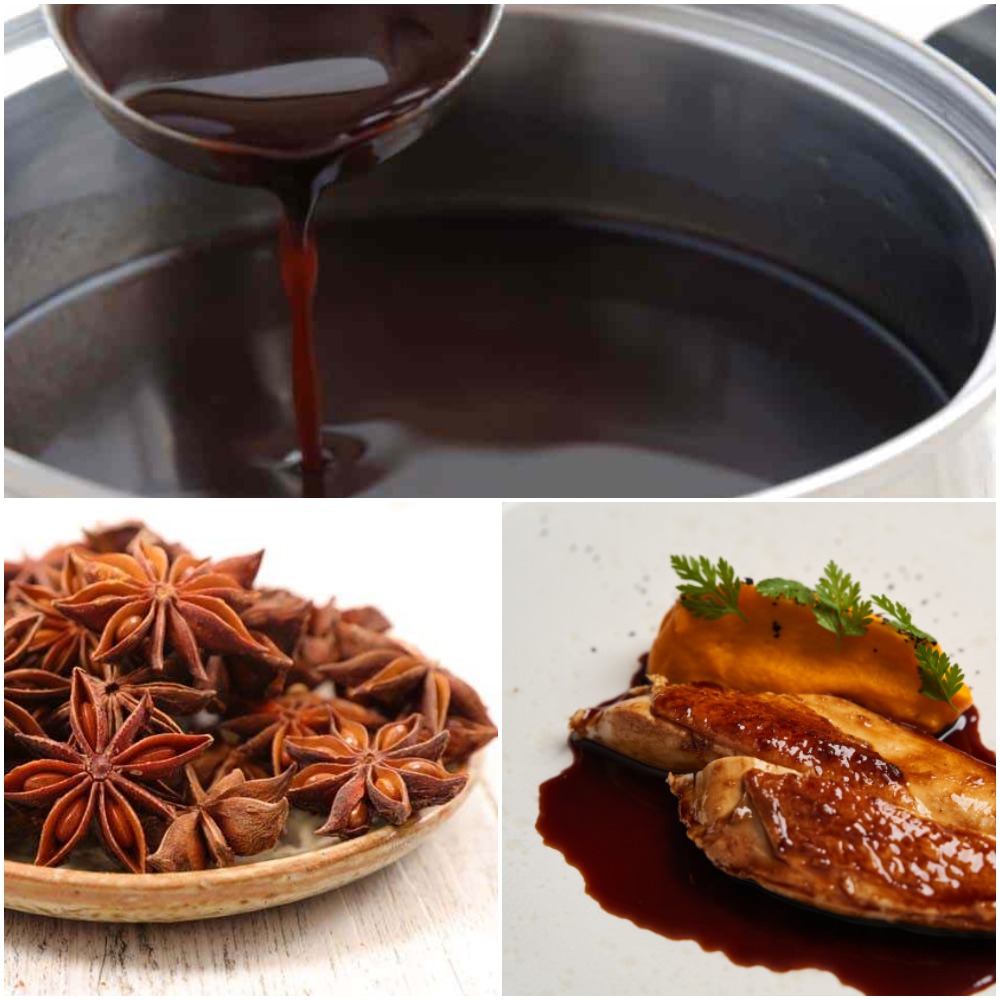 Star anise is a spice, taken from fruit of Chinese evergreen tree Illicium verum. Star anise enhances the flavour of meat. Meat dishes prepared or served together with a light gravy, or broth, made from the fluids secreted by the meat as it is cooked is called Jus. Jus flavoured with star anise is called Star anise jus (basically the sauce)