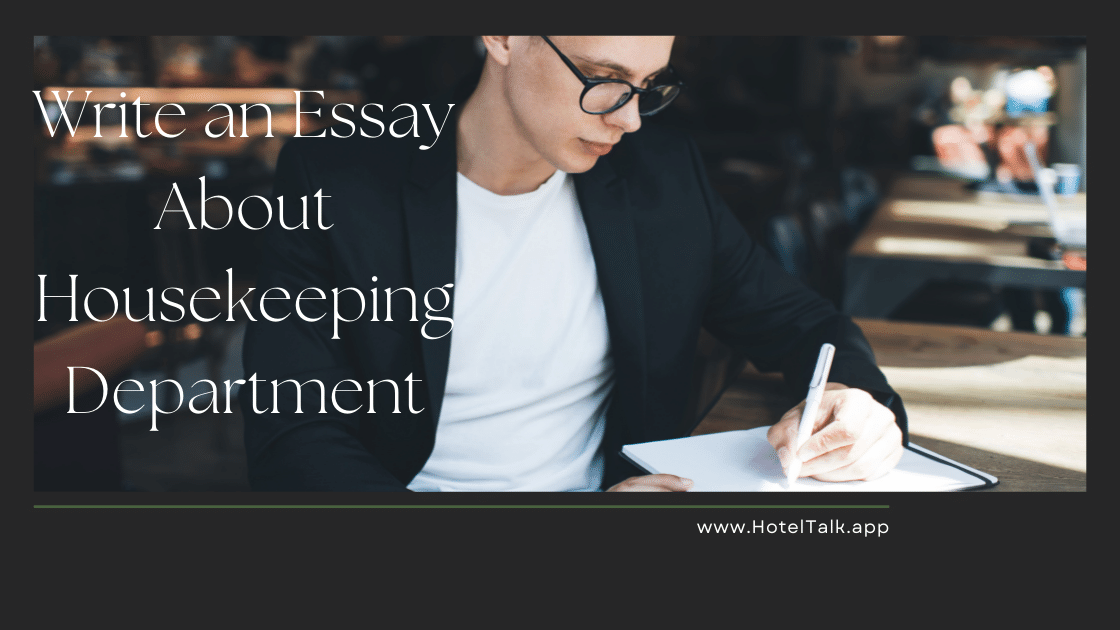 About the Housekeeping Department

Housekeeping is the most important department in the hotel. The reason for this statement is simple: without housekeeping to clean the rooms, the reservationists, the front desk agents, and hotel sales departments would have nothing to sell. The public areas would soon become messy and littered, the glass and brass in these areas would become dirty and streaked, the restrooms in the public areas would begin to smell and run out of necessary items, the hallways on each floor would be dusty and dirty and the lobby would become uninviting. It needs little imagination to think of what different places in a hotel would look like if they were not cleaned every few hours or at least daily.

Housekeeping is usually one of the largest departments in a hotel. In spite of its importance, however, employees in this department are underpaid and overworked, which usually results in a very high turnover rate. This rate is generally ten to one hundred times the rate for other departments. This turnover rate costs the company thousands of dollars in recruitment, training, lost productivity and in some states, overtime costs. Successfully running such a department takes unique skills and a unique individual. In most lodging facilities this is the Executive Housekeeper. This position is generally standard in most full service hotels. Many limited service operations have followed suit and have someone designated as the Executive or Lead Housekeeper. Many hotels have elevated the position to ‘Executive Staff level.’ It should also be noted that along with the Executive Chef, the Executive Housekeeper is amongst the highest paid positions in many hotels. This is done, primarily, to retain and reward an employee who is performing an extremely necessary, difficult, and thankless job.

Housekeepers must be ‘on the money’ every time they do their job. Anything less than perfect is unacceptable. This is true whether we are profiling a luxury full service hotel or a budget limited service property. While certain expectations may vary with hotel type and room cost, the basic tenet of housekeeping remains true: the room must be spotlessly clean.

The room attendants (maids, housekeepers) perform very menial task: changing bed linens, scouring sinks, toilets, and bathtubs, dusting and re-arranging the furniture, and vacuuming floors and drapes, and all this is usually repeated some 16 times in a day. It is this type of repetitive menial task that leads to turnover. Further problems arise from the fact that there is usually a predominance of international employees for whom English is not their primary language; that they have to arrive before 6 a.m. and work if the previous night’s occupancy rate was high but not if it was low; that they are paid only a minimum wage; that they must handle potentially dangerous chemical substances; undergo hazmat training; occasionally face erroneous accusations of theft and health concerns caused by the illness of a guest which could lead to secondary infections; that they must sometimes clean rooms that have been trashed or where someone has become violently ill. All these factors are inductive to high turnover.

Deep cleaning, which is normally accomplished with the assistance of a houseman, must be performed every two to three weeks. This usually includes the movement of all furniture, shampooing the carpets, vacuuming the drapes and whatever changeover (bedspread, shower curtain, etc.) or periodic maintenance is called for. Periodic maintenance would include things such as: inspections of all electrical appliances (hairdryers, lamps, televisions, telephones) for frayed wires, loose connections, replacement of batteries in smoke detectors and remote controls, etc.

If the property carries a flag, such as a Hilton or Marriott, an additional factor comes into play, and that is the brand standard. Brand standards are those requirements the flag company places upon the operator of the hotel. This is true whether the hotel is corporately owned, franchised, or under management contract. Brand standards are required by the flag company in an attempt to guarantee to their customers a high consistency of product. Besides regular preannounced inspections, mystery shoppers are employed to gauge degrees of compliance. From upper management through all the employee levels, additional stress is imposed not only to pass, but to achieve excellent grades during whatever inspection process is used. Many of those in executive positions will have spent a part of their early career in housekeeping. The ability to manage successfully in such an environment will be an important indicator for promotion in the future. There is a saying ‘You cannot manage what you have not done;’ for this reason many of the management training programs operated by the larger hotel chains will have trainees working at quite menial levels for at least a couple of weeks before moving them on to supervision and management. Mundane, unglamorous, repetitive, and in some cases boring jobs must still be treated with passion in order to make a mark.