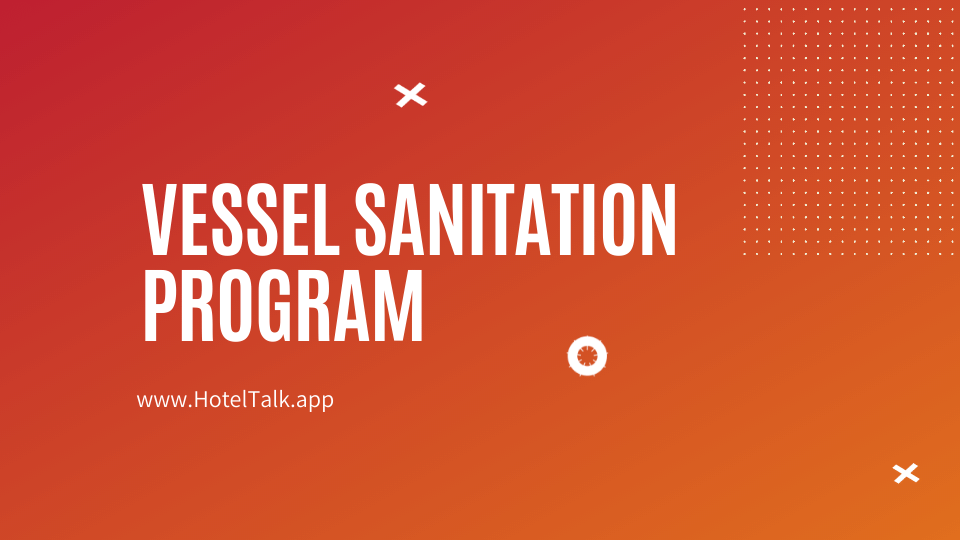 The US Public Health Service’s Centers for Disease Control and Protection (CDC) introduced the vessel sanitation program (VSP) in the early 1970s because of several disease outbreaks on cruise ships. The VSP primarily targets gastrointestinal illnesses. Over the years, the relationship with the cruise industry has matured, and although the CDC is still seen as a powerful agency in terms of control and regulation, it has evolved to provide assistance and training in order to achieve best practice

The CDC is best known for its sanitation inspections of cruise ships, which are graded on a 100-point scale. Vessels that do not score 86 points or more are deemed to have failed the inspection. Ships with a sanitation score of 85 or lower are declared to have an unsatisfactory sanitation level and must be inspected again, usually within 30-45 days, to see if conditions have improved. According to the CDC, a ship with a lower score is more likely to have a lower general level of sanitation, though this does not always imply an imminent risk of gastrointestinal illness (GI). The CDC declares that since the program began, the number of disease outbreaks on ships has declined, even though the number of ships sailing and the number of passengers carried has increased significantly.

The VSP undertakes targeted surveys to identify problems relating to GI. This attention is triggered if the total number of passengers or crew members with such an illness reaches two percent of the total passengers or crew members onboard. An investigation may also be undertaken if an unusual ,pattern or characteristic associated with GI is found. To achieve this, ships are required to maintain a log of passengers and crew who have reported symptoms for GI and who may have requested medicines to treat diarrhea. If a case emerged from the data that caused concern, the VSP would analyze the risk associated to any outbreak, review practices on board, aim to identify infectious agents, develop a prevention and control response, and evaluate the implemented response. The VSP acts to identify the problem, deal with the problem, and make sure the problem does not re-emerge.

The CDC also assists when a newly built or upgraded vessel is being planned and constructed. This ensures the vessel is in an optimum position to meet public health requirements and can help with issues such as the correct location of hand-washing facilities, the correct way to design and construct storage and preparation areas for food and drink (including potable water supplies), and temperature control management for storing food. In its facilities in Florida, the organization offers training for cruise staff on recommended standards, the reasons for the standards, and how to comply with the standards.

The following points are covered by their training programs: water storage, distribution, protection and disinfection; food protection during storage, preparation, cooking, and service; employee practices and personal hygiene; general cleanliness, facility repair, and vector control (a vector is any insect or arthropod, rodent, or other animal of public health significance capable of harboring or transmitting the causative agents of disease to humans); and the potential for contamination of food and water.