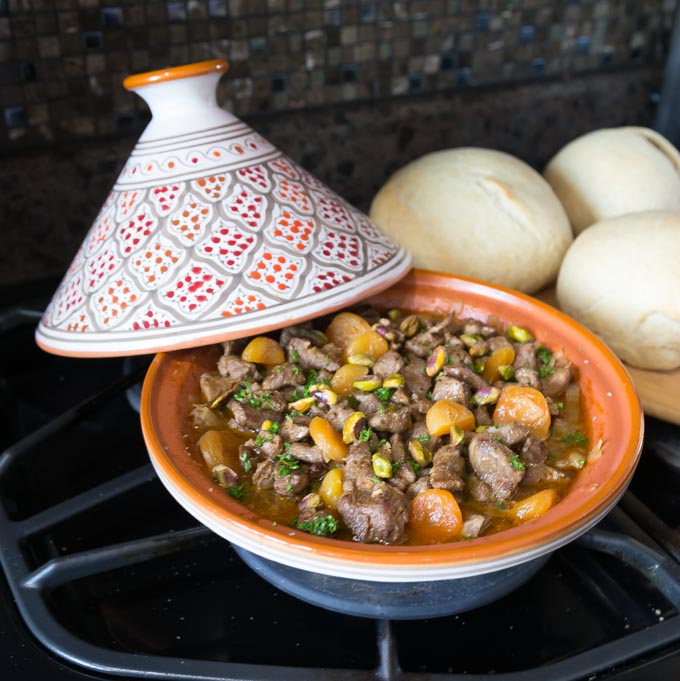 A tajine or tagine is a maghrebi dish which is named after the earthenware pot in which it is cooked. It is also called maraq or marqa.Maghreb means ‘the west’.Tagine is an Arabic dish originated from the west – Morocco /Tunisia /Algeria /Libiya
Ingredients for 10 portions

Tagine is served over couscous or along with Moroccan khubz (bread)