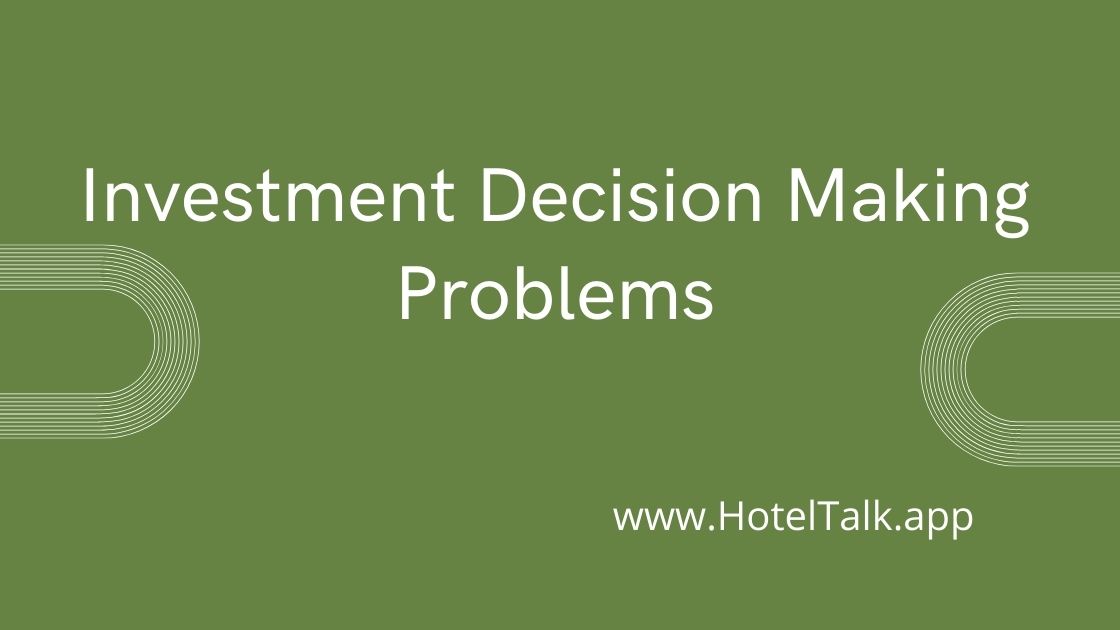 1. Mathew John has been given the opportunity of investing in a financial security that will pay him $500 in five years’ time. Assuming similar risk investments earn an annual return of 7%, what value should Mathew put on this investment opportunity today?

(b) What is the value today of a stream of annual cash flows paying $400 at the beginning of each of the next 6 years (i.e. the first cash flow will occur today)? Assume an interest rate of 10%. (Helpful hint: remember that the PVA table is compiled on the basis that the first cash flow occurs in one year’s time.)

3 Given the following two sets of cash flows, determine whether A or B has the higher present value. Assume an interest rate of 11%. (Helpful hint: remember that the PVA table is compiled on the basis that the first cash flow occurs in one year’s time.)

(a) Calculate the accounting rate of return for the two investment proposals.

(b) Calculate the payback for the two investment proposals.

(c) Calculate the net present value for the two investment proposals assuming that the company has a required rate of return of 11%. Assume that no tax implication will arise as a result of salvaging either of the proposed investments at the end of their useful lives.

(d) Which is the preferred investment opportunity?

The schedule below presents the timing of estimated increases to Westside’s operating cash flows and also operating profit that would result if either investment were to be made.

(a) What is the laundry equipment’s approximate internal rate of return?

(b) In light of your answer to part (a), would you recommend that the hotel invests in the laundry equipment?

6 (a) Imagine you are trying to find the IRR of an investment project that has increasing estimated future cash inflows in each of the next eight years. You have tried a discount rate of 11% and have discovered that this results in a positive NPV for the investment project. Explain whether the project’s IRR is more or less than 11%.

Westside Hotels, a large international hotel chain, is structured according to seven geographically based divisions worldwide. Shortly after he joined the company, the Chief Executive of the European division informed General Managers in Westside’s European hotels that he wanted an improved profit performance. This head of the European division believes in a decentralized policy and likes to give Hotel General Managers considerable autonomy in running their hotels as they see fit.

Eighteen months after the European Division’s Chief Executive took up his position, the performance of the group’s Bhotex and Slickia hotels caught his eye. Both hotels had managed to increase their return on capital employed, following some expansion in the Bhotex hotel’s assets and some contraction in the Slickia hotel’s assets. The schedule below summarizes the performance of the two hotels.

In addition to providing a financial summary of their hotel’s performance, each Hotel General Manager is expected to provide the division’s Chief Executive with a written commentary that provides background to the financial performance. The following represents extracts taken from the commentaries provided by the General Managers in the Bhotex and Slickia hotels.

The Bhotex hotel General Manager commented: We’ve managed to expand operations this year following the completion of the hotel’s east wing extension. This expansion is already proving to be highly successful with operating profit more than doubling and return on capital employed increasing from 5% to 7%. I, together with the hotel’s senior management, am confident that continued expansion is possible and that next year we will again be able to increase return on capital employed by a further percentage point to 8%.

The General Manager of the Slickia Hotel commented: 25X2 has been a year of rationalization. We’ve managed to sell off some of the hotel’s grounds where we used to operate a restaurant, bar and night club. This has had a positive impact on our return on capital employed. Further increases in return on capital employed may be possible as we may be able to phase out other below average rate of return activities.

(a) Ignoring tax, determine the payback of this investment.

(b) Assuming a 30% tax rate and that computer hardware capital expenditure is written off straight line over a five-year period for tax purposes, use NPV to determine whether the proposed computer upgrade is justified. The hotel has a 11% cost of capital.

Rob, the head of general stores in a large Australian hotel complex, has been asked to defend his ‘gut feel’ that an upgrade in the currently used stores computerized information system is warranted. He has visited a company operating the recently developed ‘Super store’ software and has returned very favourably impressed. He now needs to prepare an investment proposal in a manner that will find favour with the finance group that closely scrutinizes all capital expenditure proposals.

Rob has determined that the upgrade will cost the hotel $45,000 in new computer hardware. An annual software operating licence fee would also have to be paid. Rob recommends that the licence agreement be entered into for 5 years as the software company is providing an introductory special of ‘sign up for 5 years and pay a fee of only $6,000 per annum – a saving of 11% off the standard fee charge’. Due to computer technology advancement, it is widely believed that the hardware will be worthless after five years. For this reason, the company’s policy will be to view the investment as having a life of five years.

Rob believes that the new system will enable him to reduce clerical time associated with inputting data on the old computer system by 26 hours per week. This clerical work has been performed by a casual employee who cost the hotel $17,000 in wages last year. He also believes that the greater accuracy resulting from the improved record keeping that would be achieved will reduce the investment in average stock held by $11,000.

(a) Calculate the payback for each of the investment alternatives. Based on the payback method, state which is the preferred investment.

(b) Calculate the net present value of each of the alternatives, assuming the general manager uses a discount rate of 11% in all NPV calculations.

(c) Based on your calculations, comment on which, if either, of the investment alternatives should be taken. The General Manager of Eating Trodule Ltd has approached you seeking advice on two competing investment opportunities that he has under consideration. Each investment requires an initial investment of $60,000 and will result in the following annual cash flows over a six-year period.

(b) In this problem, as the PVA table is compiled on the basis that the first cash flow occurs in one year’s time, we need to isolate the first cash flow as it is due to occur today. As this cash flow is occurring today, it is already stated in terms of today’s $, therefore there is no need to discount it. The present value of this stream of cash flows will be calculated on the following basis:

as the annuity table has been compiled on the basis that the first cash flow occurs in one year’s time, the answer provided will represent the value of the cash flows one year before the first cash flow occurs, i.e. at year 3. Consequently we will then have to discount the amount back over a three-year period using the PV table (we use the PV table as, at this point, we will be dealing with a $ value stated at one point in time).

There is another method for dealing with an interruption in an annuity. While the present value of cash stream B could be calculated using the same approach as that used for cash stream A we will use the alternative approach in order to

illustrate how it can be applied. In this approach we will initially assume that the $4,500 cash flow is present in the years 1–8 (i.e. we will use (PVA12,8 years).

From the answer computed through this first step we will then deduct the present value of the two cash flows that are actually missing from the 8 year annuity (years 5 and 6).