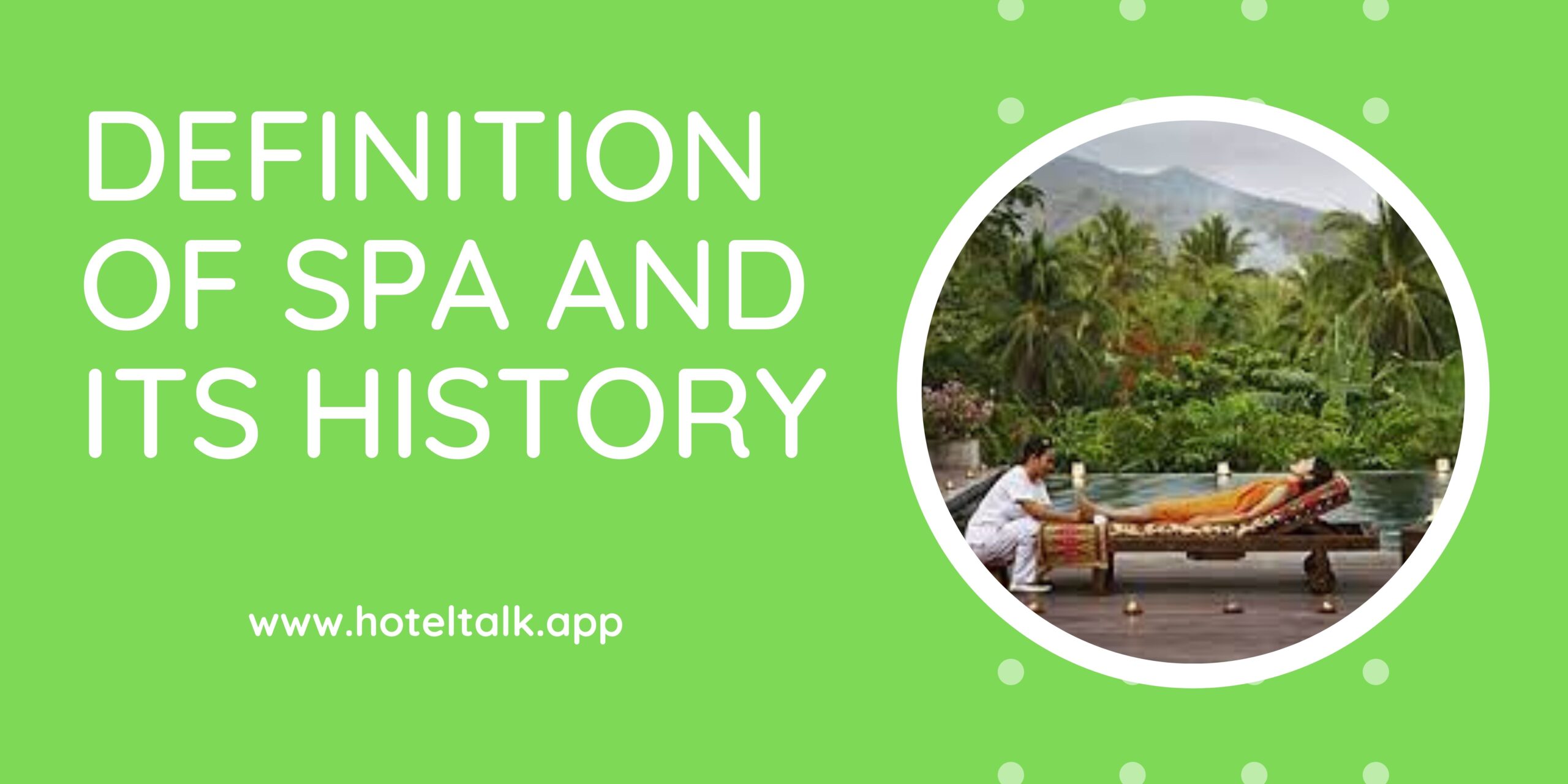 The original spa was located in the Belgian village of Spau, which had natural hot springs. For health reasons, ‘‘taking the waters” became fashionable among the upper classes. In addition to mandated social gatherings, spa visits included bathing and consuming mineral waters. While European spas are more concerned with cures and health, American spas are more concerned with the promotion of a healthy lifestyle based on science.

The following definitions are widely used:

Resort spa :- The resort spa is located on the property of a hotel, normally in a resort where other sports and activities are offered besides the spa program itself. Spa guests and hotel guests intermingle.

Destination Spa :- The destination spa is a hotel property targeted to the spa guest and focusing on specific health and fitness programs. Outside guests are not part of the program. Additional activities such as golf and tennis are available. There are over 12,000 spas in the United States. The vast majority- almost three-quarters are day spas.

Resort/hotel spas :- are the second-largest category with almost 1,700 reported in 2019. Day spas are of interest to us only to the extent that a visit might encourage individuals to seek an extended spa experience at a resort.

Spas are found in over 90% of resorts and over 50% of luxury hotels. In the United States, there are approximately 100 prominent destination spas.2 The fastest growing sector of the spa industry is medical spas or medi-spas. According to the International Medical Spa Association, there are over 500 medical spas in the United States. An offshoot of comprehensive care facilities, medi-spas focus on fitness, nutrition, stress management, and other medical topics with an overall focus on behaviour modification. A recent trend has been the development of medical spas with an emphasis on cosmetic dermatology.

Guests stay at a resort to recharge and relax. A spa offers guests the facilities that allow this to occur. Today, a resort spa can expect to attract 15 to 25 per cent of the in-house resort guests. For resorts that attract a leisure market, the spas utilization can exceed 50 percent of their guests. It should be remembered that the principal business of a resort is selling rooms. The presence of a spa should help the resort increase occupancy and/or average room rate.

The starting point is to develop a guest profile of the resort guest market. Guests may be individuals, those on incentive trips (e.g., the top salespeople who are given the resort trip as a reward for increased sales), groups, families, or couples. Each segment will be looking for slightly different experiences. For a group in meetings all day it would make sense to extend the hours of operation to accommodate them. A survey of existing guests asking their preferences can be a useful guide as to what additional activities might be added to the mix.