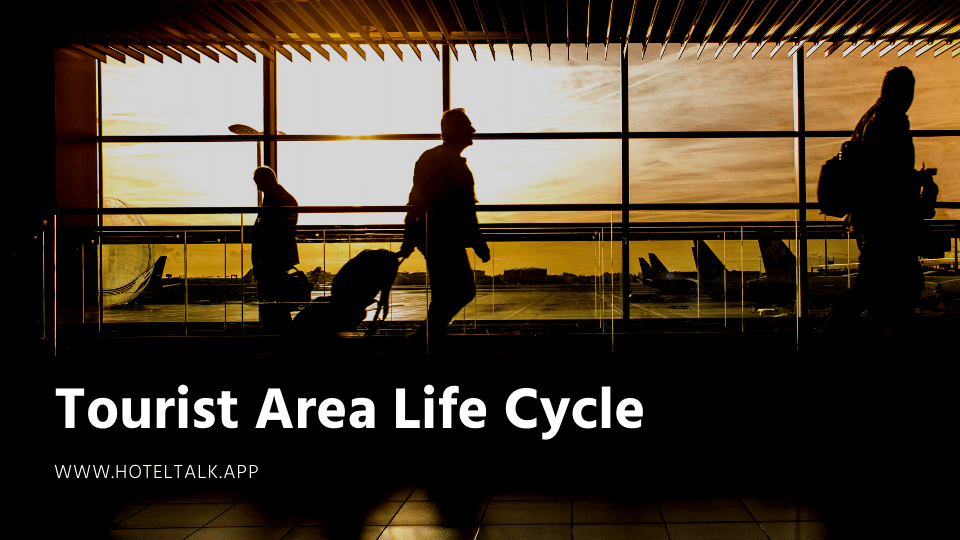 The life cycle of a tourist area is similar to the life cycle of a product. Tourist destinations, like products, have a finite life and progress through four stages of development, from inception (introduction) to growth, maturity, and finally decline. However, just like products, once a destination reaches maturity, it can prolong this stage by undergoing some changes and rejuvenating itself. This could include adding more tourist attractions or lodging, as well as targeting a new market.

One of the most appealing aspects of the new destinations is the ability to interact with the local populations and experience the local environment. The host population welcomes these early tourists, and some of them decide to stay. For example, Walt Disney World began in 1971 as a small theme park in a remote area near Orlando, Florida. After visiting the park, tourists began to move to Orlando and the city started to grow.

The growth stage of the tourist area life cycle sees an increase in the number of tourists due to word of mouth generated by adventurous travellers. The number of tourism-related businesses grows, but the majority of the accommodations and restaurants are still owned and operated by locals. During this stage, there is little planning for regional development, which frequently leads to the formation of a tourism organisation to address the region’s needs.

Local residents have more interaction with visitors, who may enlighten them on educational, political, and economic development opportunities. During this stage, there is an increase in the use of technology, and local establishments are improved. The interaction between tourists and locals becomes less personal and more businesslike as the stage progresses. Because of the success of Walt Disney World, many support businesses such as hotels, restaurants, and other retail establishments sprouted up in the Orlando area. In addition, contractors relocated to the area, and a convention and visitors bureau was established.

The maturity stage of the tourist area life cycle is distinguished by a shift in business ownership from local to more outside ownership and larger establishments. As a result, the local economy becomes more reliant on large corporations with little empathy for the local population. More businesses are franchised, and more people are migrating to the area to support the increased tourism.

As a result, there are more conflicts between the original and new residents. Furthermore, the area becomes more crowded, and there are other negative consequences, such as an increase in crime and pollution. Finally, there is a financial divide between those who benefit from increased tourism and those who are directly involved. For example, the Orlando area became overrun with corporate chains and franchises eager to capitalise on Walt Disney World’s success. The city became crowded, and the original residents lost the peace and tranquillity that drew them to the area.

The decline stage of the tourist area life cycle is distinguished by an abundance of tourism facilities and services. As the market becomes saturated, tourists’ experiences become less satisfying. In some cases, the negative effects of tourism outweigh the benefits associated with increased visitation, and the local population loses interest in entertaining tourists.

The adventurous travellers who discovered the area have become disillusioned with the commercialization and are looking for new destinations. Some of the less efficient businesses fail, leaving the area with large franchises and chain operations. A destination can try to avoid or postpone the decline stage by revitalising the area. This could include adding new attractions or focusing on a specific market. When Cypress Gardens (an original attraction outside of Orlando) began to see a decline in visitors, the introduction of Walt Disney World revitalised the area.