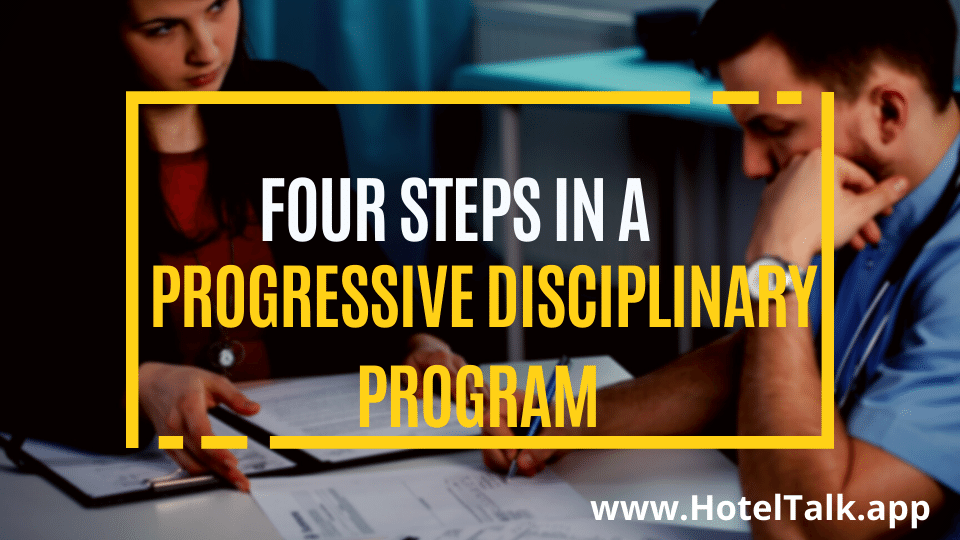 Managers communicate their expectations about employee behaviour through direct instruction, written directions, employee manuals, role modelling, and, in some cases, organisational tradition. When employees understand what is expected of them, they are more likely to adhere to behavioural standards.

Humans have emotions and, unlike a stove, cannot typically remain neutral and consistent. A consistently applied progressive discipline programme, on the other hand, informs employees in advance of the consequences of unacceptable behaviour, which become more serious as the behaviour is repeated. To be effective, the subordinate must regard the consequences of repeated behaviour as unfavourable. If they are not, it is unlikely that behaviour will change.

The documented oral warning is the first (and mildest) step in this type of employee discipline. The written record of an oral warning should include the preceding employee action, the date of the incident and the oral warning, and the name of the supervisor issuing the reprimand.

Some managers believe that initial disciplinary activity should be kept separate from the employee’s permanent personal file and kept in a separate manager’s file. Other managers record the oral warning but do not include the actual reprimand in the employee’s permanent file. The property’s progressive discipline programme should explain how this documented record will be handled so that all employees receive the same treatment.

To protect the organisation if the employee later challenges the legitimacy (legality) of the progressive disciplinary process, the written warning step must be completed correctly. Employee behaviour leading up to this step should be similar to that displayed in the first step. Managers should keep in mind that the term “progressive” is interpreted by the courts to mean “related to the same.”

It is a good rule to praise in public and chastise privately. However, many progressive discipline processes necessitate the presence of an observer at the second and later stages of the process. Co-managers, supervisors, or others can observe and document the discussion..

Suspension of an employee must be documented, and the information must be kept in the employee’s permanent file. Some employees might refuse to sign the contract. Regardless of whether an employee believes that an unsigned document is invalid, this refusal has little meaning if the employee had the opportunity to sign it. If an employee refuses to sign a discipline report, the observer must sign the document while noting the employee’s refusal.

Dismissal is the last step in the progressive discipline process and should be used only for serious offences. Unfortunately, in some cases, this is the only option available to management. You’ll learn more about the specific issues surrounding employer-initiated dismissals later in this thread. Dismissal, in the context of a progressive disciplinary programme, represents not only the final step in the process, but also a failure on both the employee’s and the employer’s part.

Employee behaviour is modified and improved by effective progressive discipline programmes. However, far too often, the emphasis is on the past rather than the future. Managers should carefully explain the predictable consequences of continued negative behaviour during counselling sessions, which should occur at each stage of the discipline process. They should present this information as a fact rather than a threat.