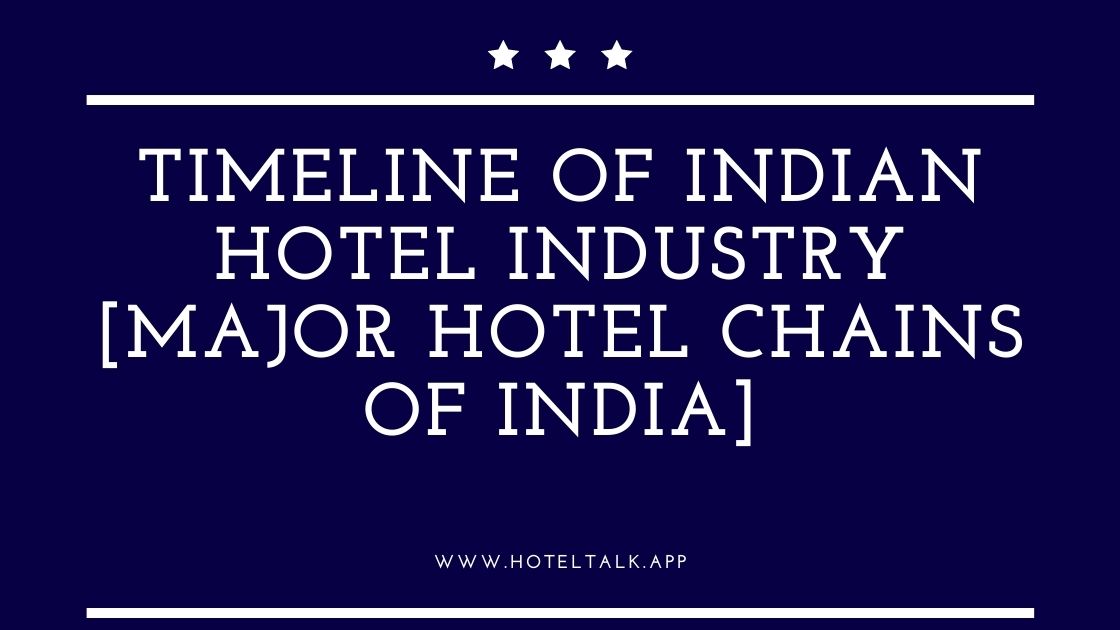 The origin of the Indian Hotel Industry can be traced back to the Mughal period when Musafir Khanas and sarais were offered to stay. But with the coming of Britishers in cities like Kolkata and Mumbai, theses sarais and Musafir-Khanas was changed into a new style of lodgings i.e, inns and western-style hotels. The major players behind developing Indian hotels include:

1) Pallanjee Pestonjee (1840): Started 1st luxurious hotel in Bombay. It was famous for its excellent cuisine, beers and wines and its excellent management. Later he opened another hotel at Fort in Bombay.

2) Auckland Hotel (1843): was established in Calcutta. Later it was renamed as Great Eastern Hotel in 1858 and later renovated for a sum of Rs 10 lacks.

3) Esplanade Hotel (1871): Was built in Calcutta by john Wakson (Britisher) a silk drapery merchant. The hotel has 130 rooms.

4) Taj Group of hotels: In 1903 JRD Tata constructed the Taj Mahal Hotel in Bombay the flagship hotel of Indian hotels company. It was the 1st hotel of international standard and repute, built by an Indian for Indians.

5) Welcome Group: It is the hotel division of I.T.C ltd. ITC entered into the hotel business in 1975 with the opening of Hotel Chola Madras. The logo represents a traditional Indians welcome in the form of „Namaste‟ in an open doorway with the slogan “Nobody gives you India like we do” The motto of welcome Group is “We enjoy people”.

6) Oberoi Hotels: Rai Bahadur M.S. Oberoi started his hotel career as a clerk in 1922 at Faletti‟s Cecil Hotel in Shimla. Later Mr. Ernest Clarke sold his share to Mr. M.S Oberoi who under the deed of dissolution dated August 14, 1943, became the sole, absolute and exclusive owner of Clarke‟s Hotel, Shimla and Delhi. Mr. Oberoi later took over the Grand Hotel at Calcutta on lease and by the end of World War 2 the Grand Hotel became a byword for good service and elegant comfort in hotels.

7) Leela Chain of Hotels: The chain is owned by Capt. Cp. Krishnan Nair of Kerala. USP of the chain is Butler service where Butlers trained by former members of royal House of Windsor Pamper the guest of the hotel. It has a hotel at Mumbai and Goa and Leela Palace at Bangalore.