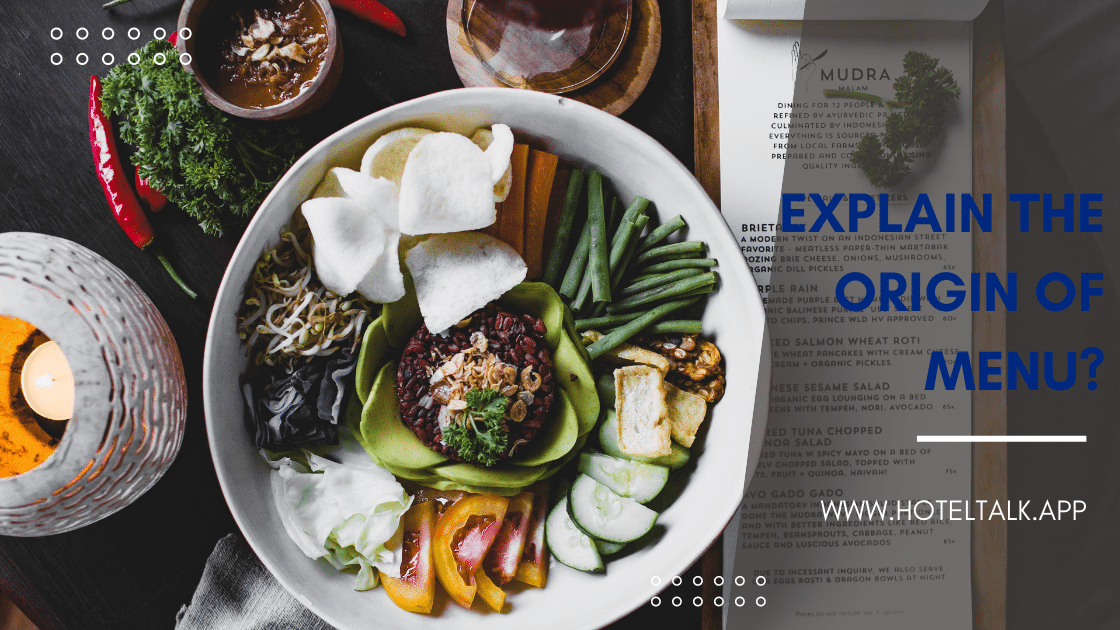 The menu is primarily a selling aid. Originally the bill of fare (English) or menu (French) was not presented at the table. Banquets generally consisted of two courses, each made up of a variety of dishes, anything from 10 to 40 in number.

The word ‘menu’ dates back to the eighteenth century although the custom of making a list of the courses for a meal is much older. Modern menus first appeared during the early nineteenth centrury, in the Parisian restaurants of the palais-royal.

The menu bill of fare originally was not presented at the table. In earlier times the menu was very large and placed at the end of the table for everyone to read.

As times progressed the menu became smaller and increased in quantity allowing a number of copies for every table. Depending on the establishment and the occasion the menu may be plain or artistic in presentation.

The menu is the most important part of the careers work and its compilation is regarded as an art achieved only through experience and study, The menu should be compiled by a number of people in consultation with one another to name a few they are chef de cuisine, restaurant manager and maitre d hotel.